Is Monaco part of France?

Make no mistake, the city-state of Monaco is its own country.

Many people wonder if the Principality of Monaco is part of France or if Monaco is its own country. Read our guide and learn more about the city-state of Monaco.

Because of its location on the French Riviera, many people believe that Monaco is part of France.

But make no mistake about it. The Principality of Monaco – arguably the wealthiest and the most glamorous destination on the French Riviera — is a sovereign nation dating to the 13th century.

Though historically Monaco was part of France, which surrounds it on land, in 1215 it became a colony of Genoa, Italy. Then, in 1297 the Grimaldi family settled in Monaco and their ancestors have since controlled the principality for 723 years. The principality is situated between Cap d’Ail and Menton on the French Riviera, and it’s also just a stone’s throw from the Italian Riviera.

While many may ask “is Monaco Part of France?” be assured that the answer is no. Monaco is its own country. However, Monaco’s border with France is open, and any travel restrictions at this time are the same as in France. This is perhaps one of the key reasons why many mistakenly believe that Monaco is part of France. Indeed, people can travel freely between the two countries — for instance, those who live in France but travel to Monaco for work, as well as holidaymakers from across the globe. But back-and-forth travel is clearly not the only option.

There are plenty of reasons why so many prefer to live in this amazing destination. Those who buy property in Monaco get to enjoy the very best of the principality — including its tax benefits and luxury lifestyle — as well as proximity to the Mediterranean Sea and the fabulous nearby places along the French Riviera, including Eze, Cannes, St Tropez and Saint Jean Cap Ferrat. Plus, the colourful cliff towns of the Italian Riviera are a scenic 187-kilometre drive north along the coast.

Investing in Monaco real estate is a smart move as it allows year-round access to all that the principality has to offer, including Michelin-star restaurants, world-class casinos, a spectacular shopping centre with marble floors, crystal chandeliers and, of course, top designer shops. A state-of-the-art interactive Oceanographic Museum is among the highlights of the principality, which is officially dedicated to protecting the environment and promoting sustainable development.

Further, a number of major annual events mark the calendars of those who own prime property in Monaco. These events range from the expansive Monaco Yacht Show to the exciting Grand Prix and ePrix; and from the elegant Rose Ball to the Monte Carlo Philharmonic Orchestra’s outdoor concerts at the Prince’s Palace, with stunning views.

The principality is also known for the spectacular superyachts that fill its harbours, including the famed Port Hercules. Luxury villas and apartments offer breathtaking views of the Mediterranean and proximity to retail and recreation options.

Spanning just 2.1 square kilometres, the second-smallest country in the world is easy to explore and enjoy from any home or holiday property. And, as an added bonus, from the perspective of owning Monaco property, the next time someone asks whether Monaco is part of France, the obvious answer will be at your doorstep. 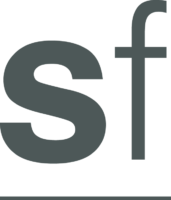