Most Luxurious Golf Resorts In The United States

Golf is a luxury sport — perhaps one of the most luxurious, in fact. That luxury comes from its players (which tend to be high income earners), the cost to play the sport, the on-field golf betting (both by watchers and players against one another), and of course, the golf courses themselves.

Luxurious golf courses dot the entire world, typically nestled next to a five-star resort in an exotic location. The United States, in particular, is home to some of the most top-end courses. But which are truly the most luxurious? Welp, we’ve listed the top contenders below for that exact label.

If you follow golf at all, you’ve surely heard of Pebble Beach. The Players Golf Association (PGA) has hosted a tournament at the course every single year since 1947 and for good reason. The course is splattered next to the Pacifc Ocean and hey, does it get better than playing seaside golf? Probably not.

There’s a lodge built right into the course in Pebble Beach, California. Of course, there’s an ocean view, but also the architecture is timeliness — the perfect mix of classic and modern. The lodge contains 199 rooms and suites.

As for the course at Pebble Beach, it’s beautiful, but equally challenging. As you’d imagine being right next to the ocean, wind is all too common while playing. The windy conditions give even the best PGA golfers trouble, so imagine a regular player? Take it from us, you might want to temper your score expectations if you’re heading to Pebble Beach.

We had to pick a course located in the Southern US. While the first place most golfers think about in this region is Florida, you shouldn’t overlook the Carolinas either. In particular, the Kiawah Island Golf Resort near Charleston, South Carolina stands out for all the right reasons.

Five different courses are spread across the resort. One is a Pete Dye creation, which has been used in the PGA Tour. But there’s also two layouts designed by golf all-timers — Jack Nicklaus and Gary Player.

This resort features all the amenities you’d expect out of a world-class facility — elegant rooms, gourmet food, pools, and yes, a beach right next to the golf courses. Of course, the Atlantic Ocean surrounds the North Carolina border if you grow tired of the Pebble’s Pacific waters.

The best golf courses are usually year-round, hence why beach settings are so common. However, the American Club bucks that trend altogether.

It’s housed in Kohler, Wisconsin. If you know anything about the Midwest, it’s probably that the winter season is harsh. Really harsh. That’s why the playing season at this course stretches from June to September only.

But during those short four months, it’s hard to find a better location than the American Club. Inside, you’ll find four Pete Dye courses, one of which is Whistling Straits. On three separate occasions, the Whistling Straits has held the PGA Championship on-site. In 2021, the course will also host the Ryder Cup, the first time the tournament has been played in a public facility in 30 years.

Giving the four courses its luster is, surprise surprise, beautiful scenery. Lake Michigan sits right next to the course. Like the others already mentioned, that water setting can create windy playing conditions. If you want to avoid the wind whilst inside, make sure to try the cheese — you’re in Wisconsin, after all!

To wrap up our list, we had to venture outside the continental United States. No, not Alaska, but the famed Hawaii — a 24/7/365 day paradise for golfers (welp, maybe excluding hurricane season).

On the island, the Princeville Resort in Kauai takes the cake in terms of luxury. The golf club was designed in 1970 — before the surrounding community was even built. That means the golf courses occupy prime real estate alongside the island. Catching a sunset or sunrise here is truly eye-popping.

This list could go on and on, but if you’ve read this far, you’re probably ready to book a vacation to hit one of these courses up. With the weather warming up, that surely wouldn’t be a bad idea! 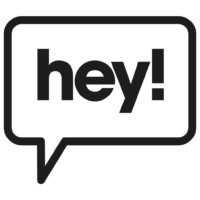