In 1860, at the age of 20, Edouard Heuer founded his own watchmaking workshop in the Swiss Jura. The creation of the
Mikrograph in 1916, the sponsorship of Formula 1 teams in the 1970s and the launch of the first luxury connected watch in 2015 have since demonstrated, among other things, its unique spirit.

Always in search of ultimate precision, technical innovations and disruptive design, TAG Heuer – based in La Chaux-de-Fonds, Switzerland – has four production sites that master the entire watchmaking process. The brand maintains an active presence on all continents through 4,500 points of sale, including 170 TAG Heuer stores accessible from www.tagheuer.com in some countries.

TAG Heuer watches are conceived for those who like to live up to challenges. The growing influence of the Swiss Watchmaker is based on three pillars: sport, lifestyle and heritage. A unique communication embodied by partnerships and ambassadors, who convey the brand’s open-mindedness and accessibility. The most prestigious and avant-garde names join TAG Heuer. Among them: the Red Bull Racing Formula One team, the Monaco Formula 1 Grand Prix, the Formula E championship, the world’s top football leagues, Manchester United, trendsetter Cara Delevingne and actors Chris Hemsworth and Patrick Dempsey.

#DontCrackUnderPressure is much more than a claim: it’s a state of mind.

Trustee of exceptional cultural heritage for 150 years, TAG Heuer also plays an essential role in preserving natural heritage thanks to an ethical approach applied to all of its timepieces creations.

TAG Heuer is a member of the Responsible Jewellery Council (RJC), an organization of more than 900 professionals around the world committed to the promotion of ethics, human and social rights and environmental practices throughout the gold and diamond product chain, from the mines to retail.

The Council has developed the RJC System, a certification system which applies to all Members’ businesses that contribute to the diamond and gold jewellery supply chain. Under the RJC system, all Commercial Members of the RJC are required to be audited by accredited, third-party auditors to verify their conformance with the RJC’s Code of Practices, and become certified under the RJC System.

The Kimberley Process, which has been in practice since 2003 and adopted by over 80 countries, is a joint government, industry and civil society initiative to stem the flow of rough diamonds coming from conflict zones, defined as such by the United Nations.

The Kimberley Process Certification Scheme (KPCS) guarantees with a certificate that each rough diamond that crosses an international border between two signing countries are ”conflict-free”.

TAG Heuer certifies that all of its diamonds are cut by legitimate sources and that they are not involved in armed conflicts, in compliance with the United Nations’ resolutions, on the basis of written guarantees produced by suppliers. 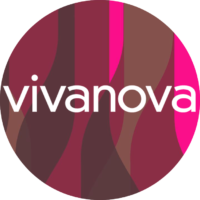