Croatia has been the hip new holiday destination for a while now, bringing a new sense of cool to the lesser-explored East Med. No wonder then that TV and movies filmed in Croatia are on the up, the destination’s idyllic golden sand beaches and sparkling turquoise waters combining with the fact that it is significantly lower cost than other similar destinations. So for movie fans, or even just fans of the road less travelled, what better place to explore by luxury yacht charter? Croatia has had three major hit productions filmed in its charming ancient towns of late; here we bring you the main filming locations used in Game of Thrones (GoT), Star Wars: The Last Jedi and Mamma Mia 2, so you that you can seek them out on your next Adriatic yachting vacation. Lights, cameras, action!

The Last Jedi: One of the most famous movies filmed in Croatia

December 2017 saw the release of the latest movie in the Star Wars franchise, the Last Jedi. Alongside a riveting new plotline and the return of some much-loved characters, we fell in love with the stunning backdrop of the film, which has already drawn many visitors to Croatia in search of the location of their favourite scenes. Of course, many of the landscapes in the Last Jedi have been edited with CGI to work in the necessary sci-fi components, but this doesn’t make the film spots any less recognisable.

For example, the fictional ultra-wealthy city of Canto Bight, where two crucial members of the resistance – Finn and Rose Tico – visit a casino in a bid to find the master code-breaker, has been identified as a neighbourhood within Dubrovnik. Fans spotted it by recognising Onofrio’s Fountains, a distinctive feature of the city and popular photo spot for tourists. Likewise, the city’s Stradun high street was transformed into the setting for a spaceship crash on an alien planet, with cosmic portholes fixed onto the windows of the old stone houses to make it look more extra-terrestrial. But can we look forward to seeing future Star Wars movies filmed in Croatia? Only time will tell…

Game of Thrones: Leading the way with its Adriatic filming

HBO’s medieval fantasy series GoT, now anticipating its 8th and final series, was one of the first productions to take advantage of Croatia’s amazing landscape. The capital city of Dubrovnik was the basis for the fictional town of King’s Landing, with a great number of regular haunts including the Red Keep, the House of the Undying and the setting of the Purple Wedding scene dotted around its time-worn yet beautiful walls. Walk down St Dominika Street and you will be instantly transported to the show’s ancient market scenes, with flashbacks to the brutal murder of King Robert’s illegitimate sons and Cersei’s walk of shame through the town centre.

Then, sail just off the mainland to find yourself at Lokrum Island, doubling as GoT’s city of Quarth. The mysterious city is known for its rule by the ‘pureborn’, and fans will recall that this is where the Spice King greets Daenerys with less than a warm welcome in season 2. After you’ve finished marvelling at the beauty of this rugged isle, head to Lovrijenac Fortress, built to deter invasion by the Venetians and GoT location of King Joffrey’s name day tournament. Climb its 175 stone steps for incredible views across the Adriatic and feel as if you have just stepped out of the series.

Mamma Mia 2: A change of scene from Greece to Croatia

Mamma Mia: Here We Go Again! was one of the most hotly anticipated films of 2018, following the success of the first of the ABBA-based films a decade ago. The sequel joined the collection of great movies filmed in Croatia, being swapped from its original location in the Greek island of Skopelos to Croatia’s Vis. Luckily the new isle proved a success in depicting the fictional Kalokairi, where daughter Sophie continues Donna’s legacy of running an inn.

Primarily shot in the main town, you will recognize the set as soon as you come into anchor at Vis harbour. Look out for local-favourite Dionis Pizzeria and Pansion, which was transformed into a bustling local market in the movie, before heading to Barjoska, the island’s westernmost beach and scene for the film’s most joyous all-singing all-dancing moments. Sadly, the iconic wooden dock where friends are family are welcomed to the island was constructed especially for the film, and so won’t be there when you visit. However, you can take a trip to renowned lobster restaurant, Jastozera, which doubles as a ‘Greek’ tavern frequented by the town’s people. Visiting a Mamma Mia hotspot whilst enjoying deliciously fresh seafood? What could be better.

If you want to explore TV shows and movies filmed in Croatia, a luxury yacht charter is truly the way to do it, allowing you to explore its many gorgeous filming locations in the most relaxed and indulgent way. We’ll see you on the Adriatic! 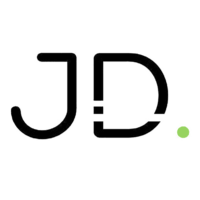