5 Most expensive cities to live in

The cost of living is increasing in many regions of the globe, and yet some cities stand head and shoulders above the rest in this respect.

If you are looking for a luxurious lifestyle, or simply want bragging rights, knowing which cities are the most expensive is useful, so here is a round-up of the biggest players right now.

There are a few different ranking systems used to measure the living costs of global cities, and while it might not come out top on every list, Paris is consistently considered to be a place where only high rollers can really afford to spend their time.

The term ‘high roller’ usually applies to gambling, and yet it’s also appropriate in this context. Purchasing property anywhere is a bit of a gamble, but in places like Paris, the market’s upward trajectory ensures stability for this type of investment.

So what is a high roller and how much do high rollers bet? Well in terms of property, Paris commands almost €11,000 ($12,400) per square meter; close to twice that of France’s second most costly city, Lyon. When it comes to casinos, Paris also has its fair share, with venues like the Cercle Central and Clichy Montmartre letting the rich and famous residents of the city splash their cash.

While Paris is home to historic architecture and is the epitome of the European experience, Singapore is a thoroughly modern metropolis, existing not only as a city but also as its own sovereign state.

Few cities on Earth are able to match Singapore for its multicultural melting pot of a population, and while it may trace its roots to the British Empire of the 19th century, it has moved away from its colonial past and now embodies a forward-looking ideal of what humanity can achieve collectively.

House prices are again a good indicator of living costs, and in Singapore, the cheapest type of accommodation routinely sells for over $500,000. Rental prices are a little more affordable, although it is all relative, and there are still only nine other places worldwide that are more expensive for tenants who don’t own.

While it might not be the number one in any given category, Tel Aviv in Israel manages to outdo its contemporaries when all of the different measures of the cost of living are added up. In the past few years, it has rapidly risen up the rankings, and of course this is a bit of a mixed blessing.

One of the reasons behind its ascent is that its domestic currency has gone from strength to strength when compared with the dollar. Likewise, the general rate of inflation on a global scale has made common consumer products, commodities, utilities and housing more expensive for everyone.

Living in Tel Aviv has a lot to offer, of course. From its beautiful beaches to its stunning architecture, amazing museums and top-notch nightlife, there’s something for everyone.

When you think of Switzerland, there are probably two things that come to mind; yodeling, and finance. The city of Zurich has been enriched by the latter industry, although it is not without its ties to the more traditional side of Swiss culture.

With its picture-perfect Old Town area, there is plenty of evidence of the medieval past which forged Zurich during bygone eras.

The lovely lakefront affords unforgettable views to visitors and residents alike, and while it might often be upstaged by Geneva, it is clearly not going to be outdone by it when it comes to living costs.
In fact Geneva deserves an honorable mention, as it is also in the 10 most expensive cities right now.

With its densely populated islands, towering residential skyscrapers and traditional cuisine, Hong Kong has a very distinct personality that makes it unlike many of the other cities that have high living costs.

Like Singapore, the signs of its colonial past are there to see for anyone who looks out for them. Like Zurich, its power and wealth comes from finance and big business, but it also packs plenty of cultural clout, thanks largely to its movie-making industry.

Apartments measuring a few meters square sell for millions of dollars, and prices for housing have doubled over the last 10 years. Rents are also higher than anywhere else, so whether you are an owner or a tenant, living in Hong Kong will cost you. As such you could treat this list as an overview of places to either rush towards or avoid! 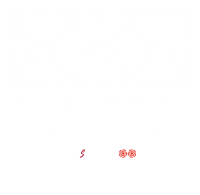 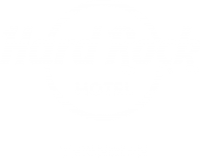