A Fresh Take On Tradition: Israel’s Ever Evolving Culinary Landscape

I spent several days and all my nights eating my way through Israel’s ever evolving culinary landscape – a unique melting point of old and new, tradition and modernity. The story of Israeli cuisine is a fascinating reflection of its evolution as a cultural mosaic, with the geo-political realities surrounding the creation of this relatively nascent land playing a pivotal role in shaping what now appears on your evening dinner plate.

A cuisine that incorporates influences from the land’s Arab neighbours as much as it does from Jewish communities around the world, the waves of immigration that Israel has experienced sees the local cuisine rapidly absorbing these native cuisines into its own vocabulary. European communities of the 1920s, 30s and 40s introduced produce like apples, plums and cherries, while later immigrants from Middle Eastern countries were accustomed to eating and growing grapes, olives and dates – all of which made their way into the Israeli diet.

I observed chameleon-like culinary movements largely fronted by young, adventurous chefs with a penchant for the experimental, backed with the ambition and determination to achieve remarkably high standards of quality. While there is a keenness to bring global influences to the table, there also remains a marked adherence to tradition with many chefs choosing to incorporate biblical ingredients of the Old Testament into their signature dishes – grapes, dates, lentils, chickpeas are just a few of these ancient ingredients that continue to inspire modern day preparations.

“You can’t look for inspiration, it finds you” says Chef Mor Cohen, “but you have to keep your mind always on the lookout. The seasons give you inspiration because they dictate the ingredients you are going to use. The people around me inspire me, conversations where we exchange ideas on drinks and food. A TV show, a song, a painting, a moment in nature; I try to surround myself with inspiration so it will find me at just the right moment”.

Cohen is the Head Chef at Herbert Samuel, the signature restaurant at the Ritz Carlton, Herzliya – where I’ll be dining on this particularly balmy evening. The interiors of the space are sleek and minimal with floor to ceiling windows that overlook the Herzliya Marina and the Mediterranean Sea, where most of my meal this evening will be coming from. “Some of our fish is sourced from ecological farms around the Mediterranean, and some from Israeli fishermen close to our shores” Chef Mor tells me, “We take great pride in the freshness of our produce – that is why my fish supplier and I usually talk at odd hours to know what’s been caught. In the morning we check every fish that comes in; if it’s not good enough, we will not serve it”.

When seafood is this fresh, the real art is in showcasing the subtler notes of the produce itself, without overwhelming it with exhaustive seasoning and preparation – a delicate balancing act that the spring time tuna appetizer achieves with remarkable precision. Delightfully fresh tuna seared with a pepper crust, accented by the occasional crunch of a black peppercorn, creamy avocado offset by crispy fennel chips, a hint of chilli lingers on the tip of the tongue. I decide to pair this with a local wine, and settle on the 2018 Covenant Israel Syrah – rich, bold and spicy enough to compete with the black peppercorn of the tuna.

Having looked up the menu beforehand (yes I’m one of those people) I decide to try one of the restaurant’s signature dishes next, the Herbert Samuel tomato salad. Simplicity – herein lies the beauty of this dish – with the ingredients given the space to speak for themselves, the sweetness of the heirloom tomatoes given room to shine, delicately seasoned with a light but herbaceous dressing of basil, oregano and fresh lemon.

The salad brings together a rainbow of lightly charred red tomatoes, yellow cherry tomatoes and mini heirloom tomatoes – plump, lush and sweet as a spring morning. They are joined by a merry medley of radish, red onions, asparagus and scallions, topped off with a light sprinkling of feta cheese.

Historically, the tomato – a member of the nightshade family – was believed to be poisonous, its less than pristine reputation stemming from the interaction between the tomato’s high acidity content and the lead content of pewter plates used by the European nobility. This unfortunate combination of tableware and tomato made many fall prey to sickness, some even dying of lead poisoning – with the tomato being blamed as the culprit. “Poor misunderstood little fruit” I think to myself as I plop another one into my mouth, biting down into this captivatingly bright little burst of joy.

Chef Mor makes it a point to bring out the white mackerel next, a sight to behold. The mackerel, currently in season, is brined for 7 nights and served with basil tahini, chilli oil, sumac almonds and Armenian cucumber (which is actually a kind of squash – not very cucumber-y at all).

As the sun begins to set on the marina, the mains arrive at the table – whole sea bass braised in white root vegetables, with chive oil and green chilli. This dish pays tribute to Herbert Samuel’s focus on incorporating local produce and seasonal ingredients into its menu. “I believe in reverse engineering the guest’s experience” says the Chef as he places the plate down in front of me, “as a plate arrives to the table normally we first perceive the visual factor of the dish, only later do we acknowledge the aromas, flavours, textures. So in reverse, we first decide on the main produce and flavours we want to introduce in the dish, then accompany it with textures and aromas that will compliment the dominant flavour – only at the very end do we decide on the final presentation”.

I end the elaborate meal on a sweet note with the Har Braha – tahini sorbet served with espresso and sesame, along with the Madame Pavlova – meringue, crème anglaise, fresh berries and mango. Stuffed to the point of no return, I can safely say that this particular meal left its mark – imaginative, minimal, with produce so fresh it tasted like it jumped straight out of the Mediterranean Sea and onto my plate. 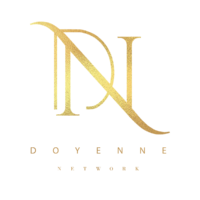