A reference in the world of luxury, Cartier, whose name is synonymous with open-mindedness and curiosity, stands out with its creations and reveals beauty wherever it may lie. Creativity, freedom, sharing and excellence are all central to its values.

Cartier’s jewellery is beloved by one and all and is by far one of the most sought-after luxury brands in the world. Their creations of jewellery, high jewellery, watchmaking, fragrances, leather goods and accessories symbolise the convergence between exceptional craftsmanship and savoir-faire and a timeless signature – a symbol of elegance, beauty and grace.

The Maison was founded in Paris in 1847 by master Louis-François Cartier. When just a few years later, Princess Mathilde, cousin of Emperor Napoleon III, bought a Cartier creation for the first time, the Maison was launched into Parisian high society and the international elite of the time. In 1898 Louis Carter, grandson of the founder, joined the Maison and played a pivotal role in the evolution of the Cartier brand, opening Cartier’s iconic boutique on rue de la Paix just a year later.

One of Louis’ brothers, Pierre Cartier, opened a Cartier boutique in London at 4 Burlington Street, coinciding with the coronation of King Edward VII in 1902. Just two years later, Cartier received its first royal certificate, which was granted by the court of the King. Cartier then became the official purveyor of numerous royal courts, namely that of Spain, Siam (today Thailand), Russia and many others. Cartier was thus dubbed the “King of Jewellers, Jeweller of Kings”.

Today, Cartier is known for the craftsmanship of its exquisite wristwatches. Indeed, it was back in 1904 that Louis Cartier designed the first modern wristwatch, which was designed to be worn on the wrist for his friend, Brazilian aviator Alberto Santos-Dumont. After complaining about the difficulties of removing his hands from the plane’s control to check his pocket watch when flying, his dear friend Louis decided to help out by designing a watch for his wrist, and it was at that moment that the iconic Santos wristwatch was born.

In 1909, Pierre Cartier travelled across the Atlantic and opened a Cartier boutique in New York on the city’s prestigious Fifth Avenue.

Since then and throughout the Maison’s history, discovering, drawing inspiration from differences and being enriched by cultures have been at the heart of Cartier’s actions. Cartier has evolved through welcoming visionaries and free spirits into the Maison. And today, this pioneering spirit is more alive than ever.

Cartier is not afraid to break the mould. From its Love Bracelet to Juste un Clou and Tank or Santos watches, the Maison creates powerful aesthetics and icons that feel loyal to their origins yet have timeless appeal. The everyday is special; the ordinary becomes precious.

There is excellence in everything, and the search for perfection goes beyond what meets the eye. At Cartier, everything starts with a stone. Jewellers and designers work to bring out the sublime aura of each stone, to enhance its beauty through the design, the most precious materials and the Cartier vision.

Today, Cartier is part of the Richemont Group and has a worldwide presence in 60 countries through its network of flagships and boutiques, authorised retail partners as well as online.

W: Cartier®  Jeweler and Watchmaker since 1847 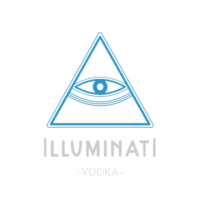 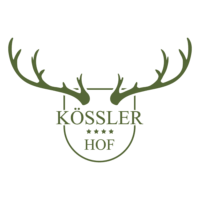