Crosstown has teamed up with nut butter specialists, Pip & Nut, to create two vegan limited edition products and to celebrate they’ll be giving away hundreds of the delicious goodies from Crosstown’s Soho, Shoreditch, Victoria and Cambridge stores on 30 March from 12 pm when they launch.

Almond Butter Cinnamon Scroll doughnut (ve) – Crosstown’s vegan cinnamon scroll, filled with homemade custard and featuring Pip & Nut’s Smooth Almond Butter, topped with an almond butter glaze, and finished with a roasted almond nib crumble (£4.50). The flavour will be available to buy from Crosstown stores and via select partners such as Wholefoods Market and Ocado Zoom.

LAUNCH DAY GIVEAWAY: On 30 March from 12 pm, Crosstown and Pip & Nut will be handing out 800 free doughnuts and almond butter jars to celebrate the launch of their collaboration. The first 200 people to visit each of Crosstown’s Soho, Shoreditch, Victoria and Cambridge stores from 12 pm on 30 March will each receive a Crosstown Almond Butter Cinnamon Scroll Doughnut + jar of Pip & Nut’s Cinnamon Scroll Almond Butter.

“The Cinnamon Scroll has been a staple flavour since Crosstown came to fruition in 2014 and remains one of our bestselling flavours. Reimagining the classic flavour with Pip & Nut has been an exciting and rewarding journey, especially as our brands align so naturally. We’ve combined our expertise, knowledge of flavour profiles, and ingredient sources to craft these delicious treats. Joining forces with Pip & Nut is a huge milestone, we look forward to seeing how both products are received by Crosstown and Pip Nut fans across the UK on 30 March.” – says Adam Wills, Co-founder of Crosstown.

“I love the Crosstown brand and ethos, so I’m thrilled that we’ve been able to create this limited edition almond butter and doughnut together. The Cinnamon Scroll Almond Butter is quite possibly my favourite flavour yet – the notes of cinnamon and vanilla blend so well with our almond butter. Crosstown shares our values for sourcing the finest natural ingredients and you can really taste the difference. I can’t wait to hear what our fans think of our first brand collaboration.” – says Pip Murray, Founder of Pip & Nut.

Written by Kaya Cheshire for Luxuria Lifestyle London and International 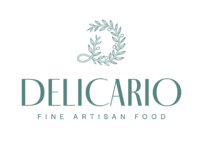 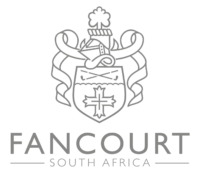