Discovering the underwater world of the Caribbean

With the spectacular beaches on offer in the Caribbean, it may be tempting to stay horizontal on your sun lounger, cocktail in hand.

But those who can drag themselves away from the sand and venture into the balmy seas, will be richly rewarded. Its transparent, calm waters, teeming marine life and one of the most extensive coral systems in the world, the Caribbean is a true paradise for snorkellers and divers alike.

Almost every island and country in the Caribbean has its own attractions below the water’s surface, whether it’s kaleidoscopic reef walls, shipwrecks, blue holes, cave systems, shark diving or even underwater sculpture parks. Wherever you go, you will be sure to find your own slice of heaven under the waves, but for inspiration, here are some of highlights of the region’s subaquatic world.

Locals say that there is a different dive site for every day of the year in the paradisal Cayman Islands archipelago. In the larger, more developed Grand Cayman, there is wreck and wall-diving galore, including its spectacular 1800 (5905 feet) metre North Wall. Sleepy Little Cayman’s Bloody Bay Wall is widely considered one of the best dives in the world; a submerged mountain range, where forests of fan coral and jewel-coloured sponges are home to a staggering number of underwater creatures.

Home to the second-longest barrier reef in the world, the awe-inspiring Great Blue Hole as well as some of the only coral atolls in the Caribbean, it isn’t an exaggeration to say that the country offers some of the best diving in the world. With encounters with whale sharks, eagle rays and nurse sharks to boot, divers come from all the world to explore the waters around this central American nation. The Great Blue Hole is a giant marine sinkhole that extends 125 metres (410 feet) into the Earth’s crust and is over 300 metres (984 feet) wide.

With the third largest barrier reef system in the world and with more than 700 beautiful islands and cays, The Bahamas offers a huge variety of dive sites and experiences. As well as discovering sunken Spanish galleons and underwater caverns, the islands are justifiably famous for shark diving where you can get up and close and personal with Caribbean reef sharks, nurse sharks, bull sharks, hammerheads and even tiger sharks. And although Belize’s Great Blue Hole may be the most well-known, in fact Abaco has more blue holes than anywhere else on earth, with 175 inland and another 50 in the waters offshore. Dean’s Blue Hole in Long Island is the second deepest in the world after the Dragon Hole in the South China Sea.

The beautiful, verdant Spice Island is known as the “wreck capital” of the Caribbean, boasting a vast array of shipwrecks in its crystal-clear waters. The most famous of these, the Bianca C, AKA the Titanic of the Caribbean due to her sheer size and presence. Listed as one of the “top ten” wreck sites in the world, she sits upright on her keel allowing advanced divers to enter the swimming pools on its upper deck and experience the varied sea life that have made the wreck its home. For those looking for a completely different and whimsical experience, the Grenada Underwater Sculpture Park is nothing less than a submerged gallery containing sculptures of British artist Jason deCaires Taylor. Easing environmental pressure on surrounding natural reefs, both divers and snorkellers can enjoy this unique experience.

Although Bonaire is off many tourists’ radar, ask any self-respecting diver and they will know this idyllic island in the Dutch Caribbean as both a diver’s paradise and the Shore Diving Capital of the World. Thanks to its fringing reef just offshore, you can reach 56 of its 86 dive sites directly from land, meaning you can start exploring the wonderful underwater panorama immediately without ever having to board a boat. Its pristine underwater environment and fantastic visibility are certainly deserving of all the accolades this destination receives for its diving.

This popular green and mountainous volcanic island is just as spectacular below the water as above it. Visitors can dive below the UNESCO world heritage site of The Pitons where neon orange sponges, purple gorgonians make for a kaleidoscope of colour. With wrecks to discover and a variety of dive sites to choose from, it isn’t surprising that the island enjoys some of best diving and snorkelling sites in the Caribbean.

Sitting between Guatemala and Nicaragua in Central America, the country sits on the Mesoamerican Barrier Reef, the second largest reef system in the world and the biggest in the Western hemisphere. The best of the diving can be found in Utila and Roatan; the former, a UNESCO Marine Reserve, being famous for its incredible year-round encounters with the majestic whale shark. Like Utila, Roatan also offers wall dives, shipwrecks, shallow coves and wonderful coral gardens. 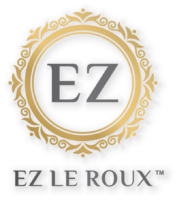