Lamborghini’s inaugural esports competition, The Real Race, will draw to a close on Thursday, September 24th as 12 sim racing finalists will go head-to.

The Real Race finals pre-race show will begin at 20:30 CEST / 19:30 BST on September 24th and will be air on Esports Lamborghini

The Real Race is Lamborghini’s first move into esports and has invited Assetto Corsa Competizione players of all skills levels from around the globe to compete across five exhilarating qualifiers. Since The Real Race began in May during the global lockdown, over 1.5m sim racing fans tuned in to watch the qualifiers and over 2500 gamers registered to participate from 106 different countries.

Only three of the 12 finals will reign supreme, earning the title of The Real Race Champions and earning a once in a lifetime Lamborghini experience. Over three days the winners will have an opportunity to visit the R&D simulator used to virtually test the latest Lamborghini models and meet and train alongside official Lamborghini drivers. The Champions will also have an opportunity to drive a Lamborghini Huracán Super Trofeo on world-renowned raceway the Imola Race Track. The first-place driver will also receive a limited edition diecast with ingame livery.

The 12 finalists qualified during one of the five qualifying events earlier in the year that took place at Monza, Spa-Francorchamps, Nurburgring, Suzuka and Laguna Seca.

A number of the drivers competing for stem from world-renowned teams such as Red Bull and G2 or hold a number accolades for being the World’s Fastest Driver, winning the Project Cars World Championship or the recent SRO GT Series and will be open to discussing all aspects of sim racing from how the genre has developed over the last decade to how they’ve leveraged sim racing skills for real-world driving.

In addition to the official competition the finals included a guest appearance from Italian motorcycle racer, Pecco Bagnaia, the 2018 Moto2 World Champion, currently racing in MotoGP with Praman Racing Ducati. 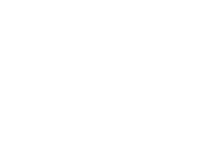